What’s The Link Between CBD And Neuroprotection?

In the last few decades, there has been a significant upsurge of interest in various natural neuroprotectants. This rise in interest is due to a considerable increase in neurodegenerative diseases like Alzheimer’s, Parkinson’s, and different neuropsychiatric disorders.

One of the reasons it is vital to find natural neuroprotective measures is that doctors still do not fully understand why neurodegenerative diseases are rising. Thus, health experts are failing to explain why early cognitive decline, Alzheimer’s, depression, and various neuropsychiatric conditions are becoming so common.

Experts know that it does not have much to do with genetics, as it has not changed much in the last few decades. However, it does have something to do with changing environments and lifestyle choices. That is why many experts believe that natural remedies could be the best way to counter neurodegenerative disorders. 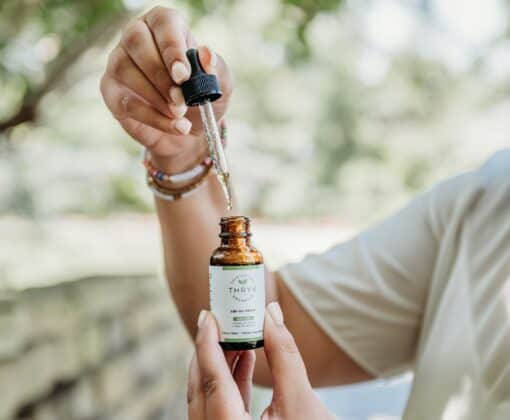 What Is a Neuroprotectant?

CBD appears to be neuroprotective. Therefore, it has many benefits for brain health. However, before looking into CBD, we need to understand what neuroprotectant is.

There is no universally accepted definition of neuroprotectants. Nonetheless, most experts agree that neuroprotectants are substances that help prevent, recover, and regenerate the nervous system, its structure, cells, and function.

Neuroprotectants may be of natural origins or even synthetic drugs. However, medical experts are more interested in natural compounds due to their higher safety.

Additionally, it appears that natural compounds are safer for prolonged use. Studies suggest that neurodegenerative disorders begin several years before their diagnosis. Hence, any natural supplement would work when taken early and used for several months or even years. Therefore, its long-term safety must be established.

How Does a Neuroprotectant Work?

It is a complex question considering that damage to neurons, brain cells, and structures occurs for many reasons. It means that neuroprotectants work in many ways. A good neuroprotectant is one that may help counter neural damage in multiple ways.

For example, in some conditions like Parkinson’s, neuroprotectants work by boosting the production of neurotransmitters like dopamine. In epilepsy, they work by modulating the activity of various neurotransmitters, especially glutamate-mediated neurotransmission.

In other cases, neuroprotectants work by reducing inflammation or modulating immunity. They may also help boost mitochondrial energy production. In addition, some neuroprotectants may help prevent proteinopathies.

Many neuroprotectants work due to their antioxidant capacity. Thus, they might help prevent neural damage due to stress.

In some cases, neuroprotectants may help protect neurons during periods of low oxygen supply. They might achieve this in many ways like reducing inflammation, reducing neuronal energy demand, countering mental stress, and more.

What Are Some Neuroprotective Measures I Can Take Right Now?

There are many ways to protect your brain cells from damage. To prevent brain disorders, it is a good idea to combine multiple non-pharmacological neuroprotective measures.

Here it is vital to understand that one should start taking neuroprotective measures early enough. Once the damage to brain cells has occurred, reversing it is pretty challenging. Moreover, initial damage to brain cells results in a cascade of events that further accelerate the destructive processes.

One must pay particular attention to managing mental stress and anxiety for neuroprotection. Chronic stress is especially harmful to brain health. The human brain is quite good at responding to acute stress. However, it is not made to tackle low-grade and continuous stress. One way to counter this low-grade and constant stress is using natural remedies like CBD oil.

The good thing about CBD is its broad spectrum. It may help in a range of brain disorders and help protect brain cells in many ways. Thus, it has many qualities of an excellent neuroprotective agent. But, of course, CBD would work better when used long enough. 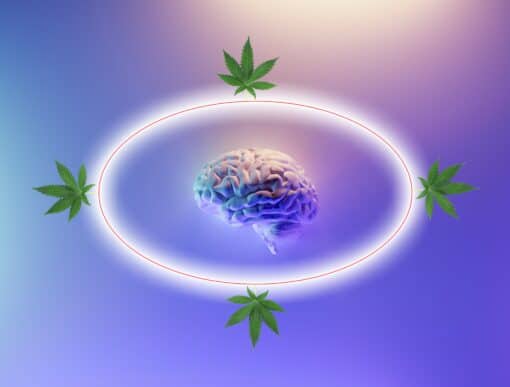 CBD acts neuroprotective in multiple ways, and science is still to understand its mechanism of action wholly. Below are some of the ways in which CBD may exert neuroprotective action and thus help boost brain health.

CBD is good for brain health and has multiple benefits. However, it appears that most CBD products continue to focus on its anti-anxiety effect. Thus, there is still much scope for CBD supplements for brain health.

Although CBD is quite suitable for brain health, combining it with other nutrients or natural extracts may further boost its neuroprotection qualities. Therefore, it is undoubtedly a market segment that must expand in the future.

As one can see, that market mainly focuses on anxiety but not on neuroprotection or the long-term benefits of CBD for brain health. Additionally, most products for brain health have CBD isolate, broad spectrum, and even full spectrum.

However, much greater neuroprotection may be achieved by combining multiple natural extracts that are good for brain health. It means there is significant scope for such products in the market.

If you are interested in learning more about CBD and neuroprotection or in introducing CBD products for brain health, you can get in touch with us. We are one of the top-rated CBD manufacturers in Europe. Together we can explore various possibilities. Else, you can also consider products from our range of white-label CBD products.