What is the Gut Microbiome & how can CBD affect it?

For long researchers have visualized the gut merely as a long pipe-like organ where digestion of all foods happens. However, this concept has entirely changed in recent years, as researchers realize that gut health has a much broader role in human wellbeing.

It is not evident that the gut not only digests food but it also produces thousands of bioactive compounds, hormones, neurotransmitters, vitamins, and much more. In addition, the gut plays an important role in immunity, mood, and brain health.

Now researchers fully realize the meaning of “gut feeling” and all its complexity. In addition, they recognize the complex association between the brain and gut, which they now call “the gut-brain axis.”

Just consider the fact that the human gut produces 90% of serotonin, it has most neurons outside the brain, it has more nerve fibers moving from gut to brain than the other way. So, it means that the gut is playing a greater role in brain health than ever imagined.

It is really difficult to believe that gut is so complex, with trillions of microbes living in it and having so many neurons. Moreover, gut neurons are quite similar to those in the brain and use very similar neurotransmitters. Thus, experts have even gone further by calling the enteric nervous system “the second brain.”

What is the Gut Microbiome?

Before we dive deeper into the subject, let us look at the two related concepts: microbiota and microbiome. Although they might be used interchangeably, these are slightly different terms.

Since there are so many microbes residing in the human body, they might be playing some vital role in human health. It appears that more than 80% of these microbes reside in the gut.

New studies suggest that gut microbiota or microbiome changes may play a vital role in various disease conditions, including brain and mood disorders. It also means that tweaking the gut microbiome may help alter brain health and even function.

What affects the Gut Microbiome?

The human microbiome is changing fast, and it is a cause of severe concern. Trillions of microbes live in symbiosis in the human gut. They produce so many beneficial compounds, and any alterations in their population would be devastating for human health.

So, what is affecting the gut microbiome? That is perhaps not very difficult to guess. Human lifestyle and environment have changed more in the last century than for thousands of years.

One reason for changes in the gut microbiota is the changing environment. Environmental pollutants, toxins, enter the human body in various ways, and they negatively impact the microbiome.

However, the greater reason for changes in the microbiome is changing dietary patterns. After all, more than 80% of microbiota resides in the gut. The human diet has changed completely in less than a century. Moreover, it is now abundant in preservatives, colorants, and other chemicals.

Additionally, medications have also played an important role in changing gut microbiota. For example, antibiotics can eradicate vast populations of gut microbiota, thus making significant microbiome changes. However, at present, very little is known about the long-term effects of these changes in the human microbiome.

These changes in the microbiome are not only due to antibiotics. People these days are living with so many chronic disorders and taking so many other medications on a daily basis. But unfortunately, most medications are highly toxic to microbiota.

How does the Gut Microbiome influence Human Health?

For example, colonization of the human body starts immediately after birth. Thus, researchers think the microbiome plays a vital role in early immune system training. Hence, changes in the microbiome may not only weaken immunity but may also contribute to autoimmune disorders.

Similarly, the role of the microbiome in gut health is well known. Hence, any changes in the gut microbiome lead to severe disease conditions like inflammatory bowel disease (IBD) and infectious colitis.

It means the microbiome plays a vital role in infectious and non-infectious diseases, as it produces many important bioactive compounds. In addition, conditions like IBD occur due to severe changes in the immune responses.

However, an increased risk of gut infection occurs due to the reduced population of good bacteria in the yeast. These good bacteria prevent the overgrowth of harmful microbes in the gut.

Trillions of microbes living in the gut appear to produce many beneficial and complex compounds. Science now understands that without these compounds, human survival is not possible.

Studies show that the gut microbiome produces almost all the vital neurotransmitters like serotonin, dopamine, acetylcholine, norepinephrine, and GABA.

Since the gut microbiome produces so many neurotransmitters, it is logical to conclude that they play a vital role in brain health. In addition, it is now evident that changes in the gut microbiome influences mood, cause anxiety, depression, and other issues.

What is even more worrisome is that changes in the gut microbiome might be responsible for the emergence of complex degenerative brain disorders like Alzheimer’s and even multiple sclerosis. 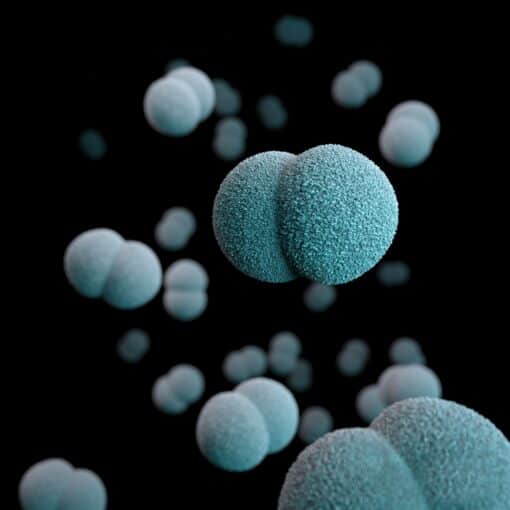 Can CBD help the Gut Microbiome?

CBD is known to influence brain health. It now appears that many of its effects are due to CBDs’ influence on the gut-brain axis.

Almost everything that we ingest influences the gut microbiome in one way or another. However, bioactive compounds like CBD have a greater influence. These influences on gut microbiota could be due to CBD’s impact on the digestive system, immune system, and nerve endings.

Other ways in which CBD may help is by altering the enteric immune system, reducing gut permeability, reducing local inflammation, and directly regulating gut bacterial. It appears that many long-term effects of CBD might be due to its impact on the microbiota-gut-brain axis (MGBA).

Some of the CBD’s effects on gut microbiota are due to its impact on local endocannabinoid receptors. This helps normalize gut permeability and motility and has a calming effect on the gut. This ultimately promotes the growth of beneficial gut microbes.

Here it is vital to understand that CBD would not directly impact gut microbiota like probiotics or prebiotics. Instead, it would influence more by regulating local inflammatory responses and even regulating microbiota and thus helping alter the microbiome.

To conclude, the gut microbiome plays a vital role in human health and brain health. CBD is also known to have multiple effects on brain health. Therefore, it is pretty likely that many of the CBD’s effects may be due to its impact on the gut microflora. At present, experts know little about the role of CBD in modulating the gut-brain axis through its impact on the gut microbiome. However, future studies are quite likely to improve understanding in this direction.

If you want to know more about how CBD may help improve gut health and microbiome, what products are especially good for it, contact us.