CBDV (Cannabidivarin) What Is It, Uses & Benefits

Thousands of articles are written each year about cannabidiol, or CBD. CBD is revolutionary in many ways. It has become the most popular cannabinoid compound in history. It has also helped revolutionize the industry, and help make THC-free cannabis extract legal to produce, sell, possess, and use.

But there is some downside also to such immense popularity of CBD. Its popularity means that most people and even researchers seem to overlook the fact that the cannabis plant is not just about CBD. It has many more beneficial compounds that need to be discovered.

Studies show that cannabis plant extract may have as many as 400 chemical compounds with different health effects. Moreover, 100 plus of these compounds is cannabinoid compounds.

CBDA (Cannabidiolic Acid): Everything You Should Know

What is interesting about various cannabinoid compounds is that they have very different biological effects despite a similar structure. It means that in some cases, seemingly similar cannabinoid compounds may have completely opposed action. Thus, some may suppress appetite, and others stimulate, some may suppress immunity, others boost, and so on.

It is clear that this amazing plant has much more to offer. Using pure CBD is good, safe, and time-tested. However, it is time to explore other cannabinoids in the plant. It is vital to understand their health effects and start using them alone or along with CBD.

It is entirely possible that tweaking the content of various cannabinoids in a supplement may help produce products with unique health benefits.

Researchers have already started exploring various cannabinoids. And one such cannabinoid is Cannabidiolic acid, or CBDA. It is entirely possible that it may gain significant popularity in the near future due to its unique health effects.

Although it is not known well in the cannabis world, it was identified in the plant way back in 1969. It is especially high in certain cannabis varieties native to Asia, like cannabis Indica. 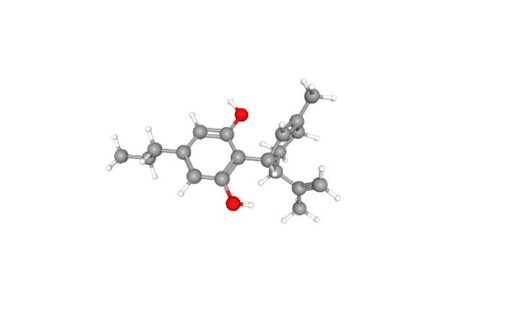 CBD vs. CBDV: What’s The Difference?

CBDV is only slightly different from CBD in chemical structures. However, this is enough to provide it with some unique properties. Nonetheless, it appears to share many of the benefits of CBD, too.

Thus, CBDV is good for reducing inflammation. However, compared to CBD, studies show that it may have a more significant effect on endocannabinoids and other receptors in the brain. Thus, it appears to be especially good for brain disorders, pain, and seizures.

Additionally, when compared to CBD, it may be better for mood disorders, overcoming nausea. It appears to be also suitable for digestive health.

Thus, it seems that it is quite similar to CBD but has more potent action on some brain receptors.

CBDV Benefits for The Human Body

Some the pharma companies like GW pharmaceuticals already have CBD-based approved drugs for the treatment of resistant epilepsy. And it appears that it is also highly interested in exploring the role of CBDV in controlling seizures.

Some of the early studies in both animals and pilot studies in humans show that it is quite good in reducing the frequency of seizures in some kinds of epilepsies. It seems to act both on CB1 and CB2 receptors. Additionally, researchers are also exploring its role in autism spectrum disorders.

There is really strong interest in this molecule in managing seizures, brain disorders, mood issues, and inflammation. Moreover, it is now readily isolated from the cannabis plant, and its chemical structure is understood well.

In recent years, another company called Jazz Pharmaceuticals has also started clinical trials for CBDV in Autism Spectrum Disorders and another study in a rare kind of resistant epilepsy.

When large pharmaceutical companies start exploring some molecules, it generally means that they have a high level of confidence in the efficacy of the molecule. Here it is essential to understand that Jazz Pharmaceuticals or GW pharmaceuticals are carrying out clinical studies to get the US FDA nod for the use of CBDV as a medical drug.

However, such clinical studies are not needed for using CBDV as a health supplement. Greater CBDV might likely contribute to the higher effectiveness of broad-spectrum CBD products in various brain disorders.

Cannabidivarin Effects: What’s It Used For?

At present, very few supplements are using CBDV, and thus the market is nascent. However, it means that there are a lot of opportunities for supplement producers to consider using CBDV. Science shows that it is especially good for brain health, preventing seizures and autism spectrum disorders.

Of course, quite like CBD, one may also use it for anxiety, depression, pain, sleep issues, and stress reduction. It is also suitable for joint pains, gut inflammatory conditions, nausea, etc.

At present, it is not clear how it mixes with CBD in more significant amounts. It could be a direction for future research. In some cannabis plant species, both CBD and CBDV are present in abundance. Thus, there is no doubt that both will mix well. However, science needs to explore the unique health effects of using CBD and CBDV in higher dosages.

CBD is now quite popular, and people know its health benefits. However, many other cannabinoids like CBDV remain neglected. Nonetheless, things are changing fast. The significant interest of the pharma industry in this molecule only shows that it is quite effective in certain disease conditions.

However, supplement producers do not essentially need to wait for the results of these studies, and they can start offering products with other cannabinoids for added health benefits to consumers.

If you want to learn more about CBDV and how it can help create a unique CBD product offering, contact us, and we would be glad to discuss it.