Minor Cannabinoids: Everything You Should Know

Humans have used cannabis for thousands of years for recreation to industrial use. Besides, they also knew that its extract could help in a range of health conditions.

However, the use of marijuana was suddenly outlawed in most parts of the world by mid-20-century. Regretfully, most countries even banned the cultivation of low THC cultivars. Fortunately, researchers started realizing that not all cannabis products harm health. And some are even quite beneficial.

Despite the ban on recreational use of marijuana in the early to mid of the last century, its medicinal use was allowed. As a result, researchers continued to explore its chemical properties. As a result, they understood that this plant has many unique phytocompounds and more than 100 cannabinoids.

However, despite discovering so many cannabinoids, it would be correct to say that science has been slow to explore the health benefits of various cannabinoids. The popularity of cannabidiol (CBD) has not helped in this direction. In fact, the popularity of CBD had even prevented the study of other cannabinoids.

CBD is undoubtedly among the most abundant cannabinoid, and many of its health benefits are known to science. But now, scientists realize that some unique health effects of cannabis plants are due to the entourage effect that occurs in the presence of other cannabinoids and terpenes in the plant. 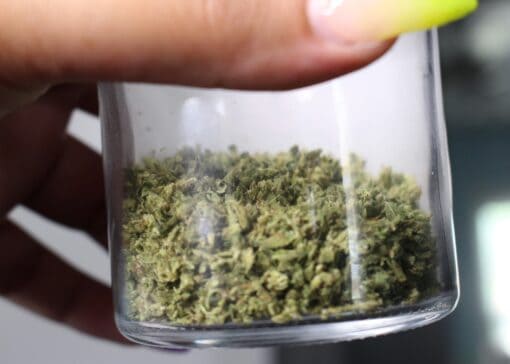 What Are Minor Cannabinoids?

CBD, THC, and even CBG are in abundance in many cultivars of the cannabis plant, and thus they are called major cannabinoids.

However, there are almost close to 100 known cannabinoids that are very poorly known to science. Nonetheless, things are not that bad, as science now knows the health benefits of tens of these less common cannabinoids.

There are many ways of getting these minor cannabinoids, like growing cultivars of the cannabis plant in which they are more abundant or using the knowledge of chemistry to change major cannabinoids to minor ones.

There are even some successful attempts at synthesizing these minor compounds. Thus, they are quite likely to become popular in the future, finding broader use as health supplements.

What Are the Types of Cannabinoids?

Though they might belong to different groups; however, the difference is generally minor. Quite often, shared traits are more than differences. It is because they all have a similar beginning. However, even these minor differences in a chemical structure may sometimes result in a considerable change in health benefits. 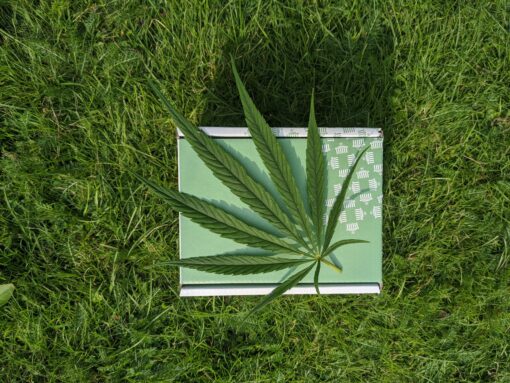 What Are the Effects of Minor Cannabinoids?

Although there are hundreds of cannabinoids, there we look at some of the more popular ones. About ten of the minor cannabinoids are more or less well studied by science. Rest are still waiting for science to discover their health effects.

Cannabinol, or CBN, is one of the earliest known cannabinoids that science discovered way back in 1896. It is a result of the degradation of THC under the influence of UV rays. It means that it is more commonly present in plants abundant in THC.

This minor cannabinoid is quite a potent analgesic and also has anti-inflammatory properties. In addition, it is suitable for controlling muscle aches. Science has found it suitable for those living with fibromyalgia in recent years.

Additionally, it is suitable for modulating immunity, reducing the risk of various allergies. Finally, studies show that it is also ideal for controlling glaucoma.

When it comes to metabolic effects, it seems to stimulate appetite.

It is suitable for reducing anxiety, promoting relaxation, and improving sleep quality.

Cannabichromene or CBC is in abundance in some cannabis cultivars. It appears to have a greater affinity for CB2 receptors than CB1, which means that it affects peripheral organs more than the brain.

Some researchers have studied it for its anti-inflammatory action. In animal studies, it seems to be as good as some of the commonly used medications but without their side effects.

Science has also explored its ability to reduce neurodegeneration, which may be associated with its anti-inflammatory action. Additionally, it seems to stimulate neural stem progenitor cells and thus have a beneficial effect. It may also help in neurodegeneration by modulating the brain’s immune cells and astrocytes. It is quite likely to be good for preventing and managing Alzheimer’s.

Cannabigerol or CBG is a precursor of THC and CBD, meaning that these well-known major cannabinoids are formed in the plant through the conversion of CBG. However, as the plant matures, CBG levels decrease. It also means that it has the properties of influencing both the CB1 and CB2 receptors.

Since it is so good for reducing inflammation, it is also beneficial for brain health and may have a role in neurodegenerative disorders. Additionally, it also demonstrated anti-cancer activity in many experimental studies. It may suppress the growth of cancer cells and reduce the risk of metastasis.

Cannabidioloic Acid, or CBDA, has a low affinity for CB1 or CB2 receptors, but it may act on other pathways, including the serotoninergic pathway. Due to its impact on various inflammatory enzymes, it is especially good for reducing pain and inflammation. CBDA is especially good for preventing hyperalgesia or increased pain sensation found in conditions like fibromyalgia.

CBDA also has a potent nausea-reducing effect, which is much stronger than CBD. In addition, it appears to suppress acute nausea quite well and thus can be part of anti-cancer treatment.

Further, some experts suggest that it may be more effective than CBD in controlling seizures. Thus, it is better for those living with conditions like resistant epilepsy.

CBGA is the father of all major cannabinoids that is THC and CBD. It is especially good for those living with metabolic disorders and it may help prevent cardiovascular issues. Studies show it to be good for reducing insulin resistance. In addition, some studies suggest that it is good for relieving nausea and preventing vomiting.

Researchers are also exploring its role in cancer prevention. For example, it may help prevent certain types of cancers like colon cancer and even leukemia.

Tetrahydrocannabinolic Acid, or THCA, is the father of THC. However, it is non-psychotic and thus safe to use for health benefits. In recent years, science has explored its anti-inflammatory action. It appears to be quite good for reducing inflammation caused by various disorders. It is not only good for local inflammation but also systemic inflammation. Thus, for example, one study shows that it may have a role in managing inflammatory conditions like COPD.

Science is also exploring many other amazing effects of this minor cannabinoid-like anti-inflammatory activity and its role in preventing dementia. It may also help prevent seizures and help reduce rigidity in Parkinson’s.

Cannabidivarin or CBDV is suitable for managing seizures due to its impact on various brain centers. As a result, in recent years, it has gained significant attention for treating epilepsy, and many pharmaceutical companies are testing it to manage the condition. At least, early results are highly encouraging, and CBDV-based medications to treat epilepsy may likely get an FDA nod soon.

It is also suitable for other brain disorders like autism spectrum disorders. In addition, it may have a role in managing multiple sclerosis and even in rare conditions like Duchenne muscular dystrophy (DMD).

THCV is good for reducing inflammation, though at present most of the evidence comes from studies in mice. It also showed some promise in managing epilepsy. Additionally, it can help lower blood glucose levels. Some studies have also explored its role in various skin disorders.

One interesting fact to note about THCV is that studies seem to suggest that it is a negative modulator of the endocannabinoid system, which is just the opposite of what major cannabinoids like THC or CBD do. So, it means that it may have a role in managing substance abuse and reducing the side effects of marijuana.

This is undoubtedly not a complete list of all the minor cannabinoids. This discussion only demonstrates how various cannabinoids differ from each other. Exploring the role of each cannabinoid may help create unique health supplements and even medications. In many cases, these remarkable compounds may even help treat some rare disorders like muscular dystrophies or multiple sclerosis.

If you are interested in learning how minor cannabinoids can help you create unique products, contact us, we would be happy to help you out.