Is CBD Legal in Georgia?

Georgia is a beautiful, geographically and culturally diverse nation located in the Caucasian mountains and has access to the black sea. Its location at the edges of Europe and Asia makes it a unique country. Technically it is in Asia. However, culturally most people of the nation associate themselves with Europe.

Like the countries that border large continents, it has a unique culture that mixes different values. Yet, it is a modern, forward-looking, and economically thriving nation.

It has been a part of the Soviet Union and thus a communist country for a long. However, unlike some other ex-soviet republics, it has made excellent progress towards democratization and liberalization. Therefore, no surprise that the legal structure in the country is quite European. After all, the country aspires to join the EU union one day.

It has definitely made much progress in liberalizing the economy and reducing the red tape. It means a clear legal structure, fewer loopholes, no unnecessary regulations, ease of doing business, etc.

Therefore, no surprise that it is among the first ex-soviet nations that began talking about the health benefits of CBD.

It is also among the first ex-soviet nations to simply the process of starting health supplements and even the pharmaceutical business. 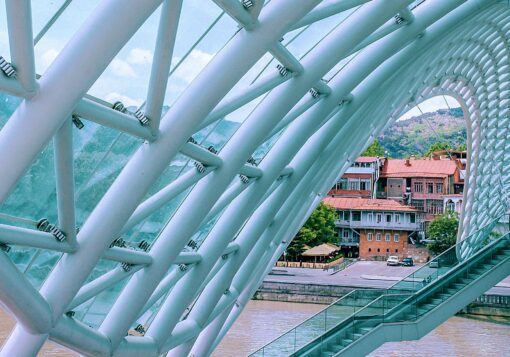 Is CBD Legal in Georgia?

Georgia is a pretty friendly and hospitable nation that is counting big on its tourist industry. Thus, it has to improve regulations regarding CBD and cannabis in general.

Traditionally, Georgians also had a different attitude towards mind-altering substances compared to other countries in the region. It is a country that prides itself as a nation that created the wine. It has an ancient winemaking culture – older than many of the well-known global wine producers.

Cannabis was legalized in Georgia by the ruling of the Constitutional Court of Georgia on 30 July 2018. It made it the first ex-communist country in the world to legalize cannabis. Not only that, it is among the hand full of nations in the old world legalizing both CBD and recreational cannabis.

Like all ex-communist nations, things have not been as rosy in the nation. However, unlike other ex-communist countries, Georgia has been quite good at carrying out constitutional reforms and liberalizing the economy. As a result, it is among the most liberal nation in the ex-soviet territory. Thus, it was not surprising that it became the first nation to legalize CBD.

It is impressive to see how Georgia could legalize CBD in quite a short time. It may be explained on the basis that it also became the first ex-soviet nation to deregulate the health supplement industry.

For example, in most of the ex-soviet republics, one still has to go through a tedious process of registration of health supplements in the ministry of health. However, in Georgia, things differ, and one only has to prove the product’s safety.

When it comes to CBD and its legalization, it all started in 2015 when many segments of the society and political elite started demanding the legalization or decriminalization of the CBD and even marijuana possession. One of the political parties, the Girchi Party, played a significant role in CBD legalization.

After multiple efforts, the Constitution Court of the nation finally legalized both CBD and recreational marijuana in 2018. 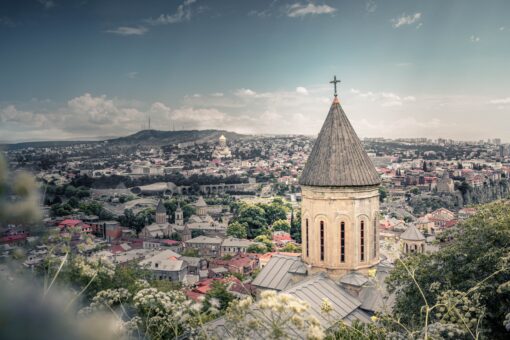 How to Start a CBD Business in Georgia

Georgia is quite liberal, and starting a CBD business in the nation might not pose many challenges. But nevertheless, it would depend much on the origins of the product.

It is vital to understand that Georgia is not an EU member. But on the other hand, it accepts many EU norms and regulations. It means that in Georgia, CBD is not a novel food, and Georgian authorities would see it as just any other health supplement.

In most cases, if a product is produced in the EU zone, these documents would be readily available. It means that there are almost no hurdles to starting a CBD business.

However, when it comes to manufacturers located outside the EU, like in other Asian nations, things may differ. For them, also, things are pretty simple. However, they would be better off getting a local certificate of analysis before importing the product. This will prove that CBD product is safe for human use, and it does not contain THC above the universally accepted norm of legal CBD products, which is not more than 0.3%.

Can I Take CBD Oil to Georgia?

Legally the answer is yes, and you can take CBD oil to Georgia if you can prove that it is for personal use. It generally means a single small bottle of CBD oil. However, in practice, things might differ. There are always fears that a person may bring high THC products in the name of CBD oil. It means that there might be some trouble with customs in some cases.

To conclude, Georgia is the first ex-soviet nation to legalize the CBD and even recreational use of marijuana. It means that starting a CBD business in Georgia is relatively simple. Likewise, if the product is produced in an EU nation, it is relatively easy to import and sell. However, if CBD is made outside the EU, some additional documents might be needed to prove the quality and safety of the product.

Contact us if you want to start a CBD business in Georgia, our team of experts can suggest the best way of getting started.