At Essentia Pura, we are not limited to CBD extraction though that is the focus of our business due to massive demand. However, we specialize in obtaining ingredients from various other medicinal herbs like valerian, chamomile, and even Artemisia Annua.

Artemisia Annua is a plant that suddenly jumped to prominence. It is the source of an ingredient called artemisinin which is one of the drugs used to treat malaria and is effective even against resistance cases. It is such an important finding that the person who discovered it was given Nobel Prize in Physiology and Medicine.

However, it is worth understanding that Artemisia is also a good source of other phytochemicals like flavones, flavonoids, phenolic acids, and many more. 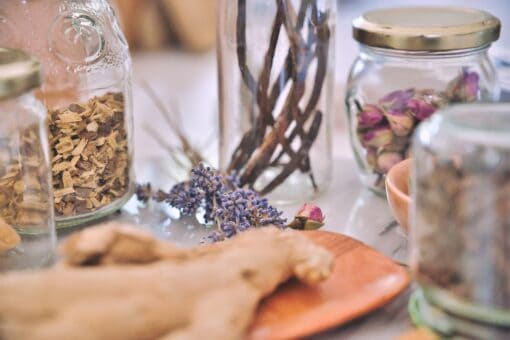 What is Artemisia Annua?

Artemisia Annua is a plant that is native to the temperate areas of Asia. However, it has not been naturalized in the Americas. It is even grown in parts of Europe, though growing it in Europe requires much expertise.

Artemisia Annua extract has been used in traditional Chinese medicine to treat various ailments, including malaria. Since malaria has become resistant to many commonly available drugs, researchers have been looking for something more potent and newer.

Chinese scientist Tu Youyou was the first to identify that the antimalarial properties of the plant are due to its content of artemisinin. For her discovery, she has received the Nobel Price, as this drug has helped save millions of lives.

Nowadays, Artemisia is also cultivated in Europe, though under specific conditions. Additionally, some  European companies have improved the natural varieties and have created strains that are exceptionally high in artemisinin.

But what is more important is the rising interest in other health benefits of the plant. It would be wrong to think that it is only good for treating malaria. It can also help prevent and manage non-infectious diseases.

Artemisia is among the neglected herbs, and its benefits mostly remain unknown in the west. It has gained popularity as a herb that is good for managing malaria. However, malaria is not a significant health concern in the West.

Since people in the west are still not using these herbs for various health benefits, there are lots of opportunities. Chinese traditional medicine has used Artemisia for a range of health conditions like reducing inflammation, fighting cancer, boosting vascular health, fighting bacterial and even protozoal infection, treating disorders of the brain, liver, lungs, and many more.

It is vital to understand that its extract is not just about artemisinin. It is more about antioxidants, phenolic acids, flavonoids, and much more.

Its essential oil has a wonderful aroma. In fact, artemisinin is among the minor compounds in the herb. Its essential oil is rich in camphor, beta-caryophyllene, beta-selinene, artemisia ketone, and many more. 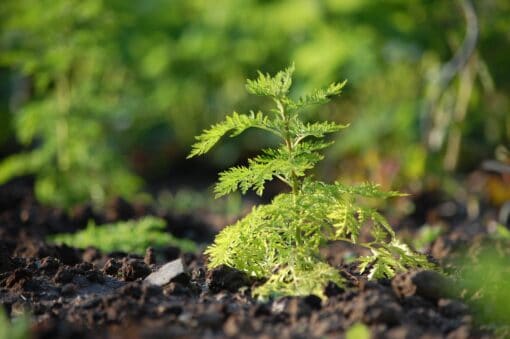 As already mentioned, that artemisinin is just one of the minor compounds in the herb. Thus, it is wrong to think about this herb as something good for only treating malaria. In China, people have used this herb to manage a range of medical conditions.

Artemisia is quite safe. It is not likely to cause any side effects when used as recommended. Here it is vital to understand that there are many reports regarding the toxicity of Artemisia Annua, like severe gastrointestinal issues or even hepatotoxicity. However, these side effects are characteristic of artemisinin which is altogether a different thing. Natural Artemisia Annua extract contains just about 1% of this antimalarial agent. Instead, it contains significant amounts of antioxidants. Thus, it is unwise to compare Artemisia Annua and antimalarial drugs derived from the herb.

Thus, it would be right to say that Artemisia Annua is quite safe for regular use as an antioxidant, for reducing inflammation, and for fighting cancer. However, pregnant and breastfeeding women should avoid Artemisia Annua, as its safety in the population group is not established.

The Discovery of artemisinin, one of the compounds in the plant Artemisia Annua, has been one of the greatest discoveries that helped save millions of lives from malaria. Although this made the plant quite popular, but it also had some negative consequences, as most people started to associate the plant with malaria treatment.

However, in traditional Chinese medicine, the plant has much broader use. Moreover, modern studies confirm that the plant is abundant in numerous potent antioxidants. Thus, Artemisia Annua can help prevent chronic disorders, normalize metabolism, reduce inflammation, and even help fight cancer.

At Essentia Pura, we focus greatly on CBD. However, we are also providing other herbal extracts. Artemisia is still not a commonly used herbal supplement in the western world, despite its many known health effects. Thus, it could be good to add this herb to your product profile, especially if you are into the supplements business.

If you want to learn about all our services or what other herbal extracts we can provide, feel free to contact us.

Some Useful Links for You to Get Started

It seems like you’re running a default WordPress website. Here are a few useful links to get you started: